Written by Oskar
Updated over a week ago

Integrately is a 1 click automation software that enables you to connect multiple apps easily. Using Integrately you can create simple one-to-one workflows or create complex workflows with just a few clicks. You can also choose from ready-to-use automation and set up your workflow with just a click.

Hot to set up the integration

Connect Omnisend with more than 500 apps and pass any contact data you want to Omnisend or trigger custom events inside your Omnisend account.

Hot to set up the integration

Firstly create an Omnisend API key and select all the custom permissions. Learn how to create an API key in Omnisend here.

To integrate Omnisend with Integromat create a new workflow in Integrately. Select Omnisend and other apps that you want to integrate with Omnisend:

Then select from existing templates or create your own from scratch: 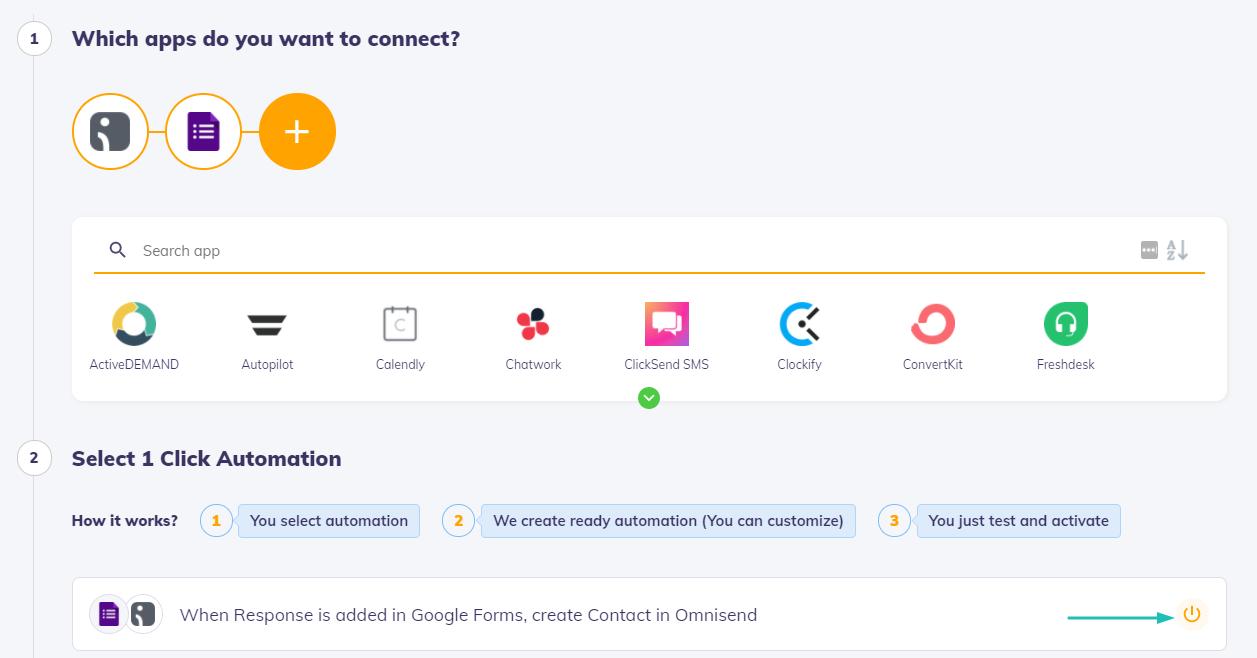 Once the automation is generated, open it and click the 'Add connection' button under Omnisend block:

In the window that will appear, paste the API key that you've created in your Omnisend account in the API key field.

That's it! You're ready to connect Omnisend with all the apps from the Integrately directory. 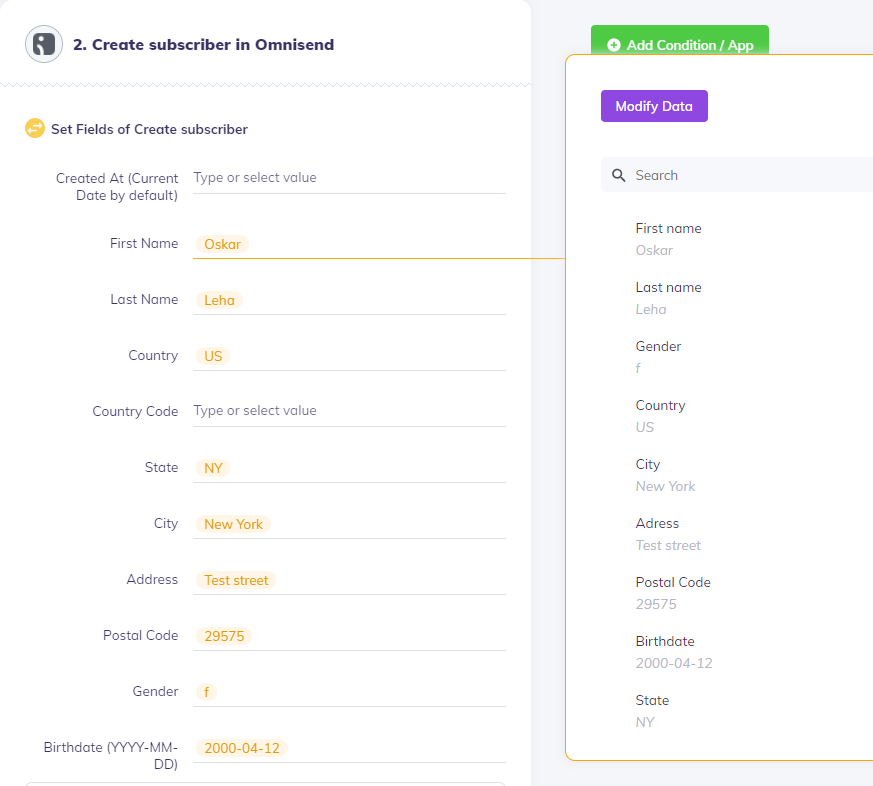 If you're collecting some data that doesn't have a corresponding property in Omnisend, create a custom one:

Also, make sure to tag contacts that are coming from Integrately. You can add as many tags as you want. All of them will be passed to Omnisend along with other data. Add 'integrately' tag to each Integrately workflow and add a specific tag to each workflow, as 2nd tag. In this case, we're setting up integration between Google Form and Omnisend, so we'll add a 'google form' tag.

Make sure to collect email address or phone number. Otherwise, it won't be possible to set up the integration. 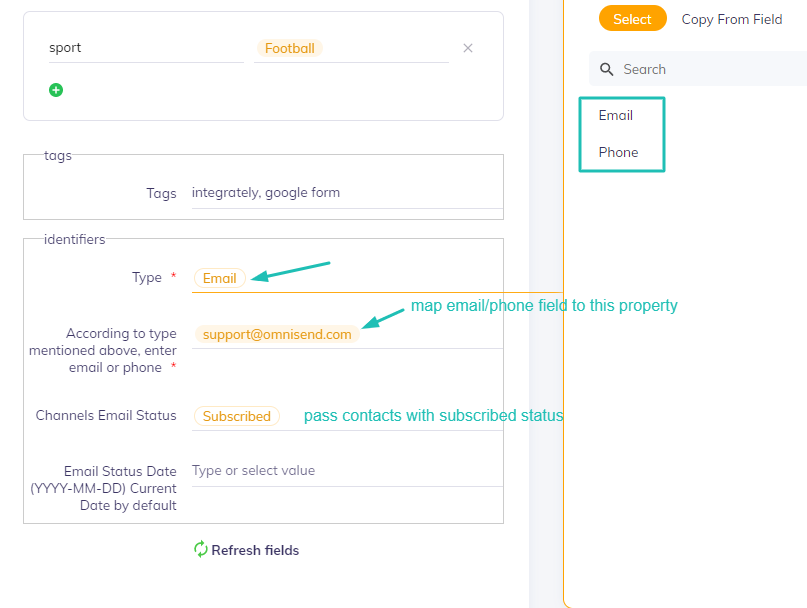 Once all fields are mapped, click the 'Test&Go Live' button. You'll see if there are any errors in your automation or everything is fine and test contact will be passed to your Omnisend account. 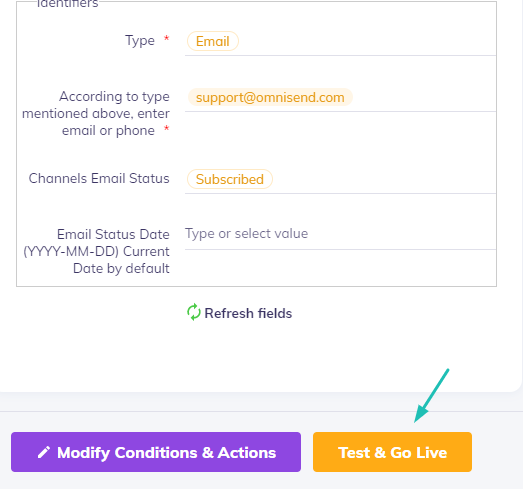 If you'll have any questions about the integration, feel free to reach out to Integrately support using the in-app chat window.